Selena Gomez is seeking a restraining order against a dangerous stalker who has threatened her life. 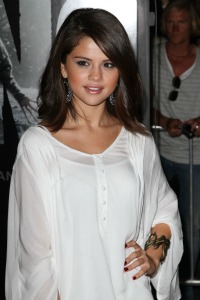 If Selena Gomez thought her biggest worry was crazed Justin Bieber fans, the performer unfortunately has to think again. A stalker has been making serious death threats against the star, and now Gomez is seeking a restraining order against him.

After being picked up for a mental evaluation in September when he threatened to injure people on the street, 46-year-old Thomas Brodnicki allegedly told his psychiatrist that he traveled from Chicago to Los Angeles to meet Gomez and tried to visit her at work at least three times. He has told others that he has conversations with God about killing the young performer. Brodniki has a criminal history of stalking.

Where does this leave Selena? Scrambling for a restraining order. Her lawyers recently filed paperwork that outlines his threats and states that Gomez does not know her stalker. She is requesting that Brodniki be restrained from contacting her or coming within 100 feet of her, her mother, stepfather or assistant.

A hearing in the matter will be held Nov. 4, 2011 in Burbank. Until then, Gomez will be busy prepping for the promotional tour for her new flick The Muppets — catch a new trailer here.

Selena Gomez and Justin Bieber went public with their romance last year. They’ve been spotted canoodling all over the world together, and Justin recently surprised Gomez with a romantic date at the Staples Center. Some of his fans have been abusive toward Gomez, making threats of their own on Twitter.