Halle Berry’s stalker pleads not guilty to charges and will take his chances at trial. 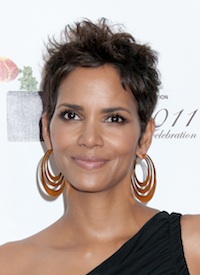 A man accused of stalking Halle Berry this past summer will stand trial after a decision by a Los Angeles Superior Court judge on Monday.

Richard A. Franco pleaded not guilty to burglary and stalking charges, even though several eyewitnesses place him at Berry’s house multiple times and law enforcement collected suspicious items from Franco at the time of his arrest. At the hearing on Monday, two eyewitnesses testified against Franco.

Los Angeles Police Detective John Gregozek reported Franco was arrested after he was seen on the property three times in three days. Upon his arrest, he was found to have a key to Berry’s guesthouse and a notebook that contained references to the Oscar-winning actress and entering her home.

If that were not enough cause for concern, Gregozek said Franco told him he found the key on July 10, 2011 when he entered Berry’s house for about a minute after watching her leave her guesthouse and enter the main house.

Joseph Vach was hired for private security by Berry after the guesthouse incident. He said Berry had left her guesthouse and headed to her kitchen located in the main home. She then reportedly saw Franco standing outside her kitchen door. She locked the door and called police.

The next evening, Vach saw Franco attempting to climb Halle Berry’s front gate. He detained Franco and called police. The police arrived on the scene and searched Franco — that’s when they found the key and notebook.

Halle filed a restraining order against Franco after his arrest on July 10, 2011. She gave written testimony that revealed her fears and concerns, “This person has invaded and trampled upon the most fundamental sense of security I have, and I am extremely frightened of him and what he might do to me or those I love.”

Franco is being held on $150,000 bond. His next court date his October 31, 2011, at which time he will officially respond to the charges against him. Halle Berry did not attend yesterday’s hearing.