Real Steel maintains its title for biggest movie of the weekend according to early estimates. With the official box office numbers still pending, Footloose could still dance into first. Meanwhile, The Big Year and The Thing limp into the top ten.

Julianne Hough and Kenny Wormald kick-stepped into the box office as the early leader over the weekend (Oct. 14-16), but by Sunday Footloose was eating dust. Comeback tale Real Steel proved it still has the fight to stay on top, nabbing the unofficial win. However, estimates put the films a mere .2 million apart, meaning it’s still anyone’s game. 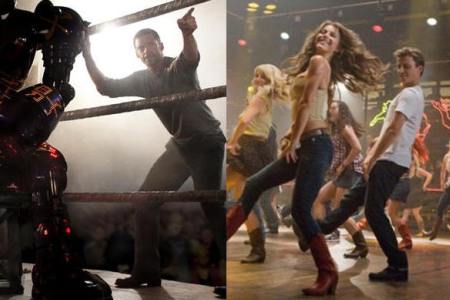 Real Steel vs. Footloose: The battle at the box office

Hugh Jackman‘s Real Steel continues to pack a punch, per our SheKnows review. After last weekend’s explosive opening, the film didn’t perform as well on date night (aka Friday), but as soon as Saturday dawned, the families hit the theater, heading straight for the father/son comeback tale. Real Steel‘s $16.3 million weekend pushed the film past the $50 million mark domestically and past $108 million worldwide. 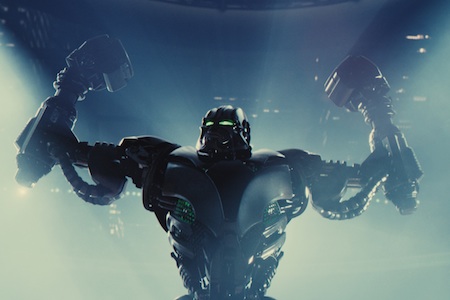 Don’t miss SheKnows’ Footloose review and interviews with the stars >>>

Audiences tapped happily along with the Footloose reboot and there’s still a possibility Julianne Hough and Kenny Wormald could dance around Real Steel for the win. The reboot of the ’80s dance classic brings rap, country, rock and hip hop together and gets a bit sexier for today’s audience, earning a winning weekend, if not the big win.

The Thing took a painful third for a scary start. Another opening dud was The Big Year, which barely made the top ten in spite of a cast that includes Steve Martin, Owen Wilson and Jack Black. With families still going for the big action, they didn’t turn out for this light comedy, but perhaps that’s because most folks didn’t know what it was about.

Find out why SheKnows enjoyed The Big Year >>>

It also bears mentioning that The Big Year showed in only 2,150 theaters, as compared to Real Steel‘s 3,440 and Footloose‘s 3,549. In contrast, the religious film Courageous rode its grassroots campaign to beat The Big Year with only half as many theaters. Just goes to prove that whether it’s grassroots or megawatt, movies need buzz to attract viewers.