An old letter written by Paul McCartney has been found at a yard sale and is heading to the auction block. 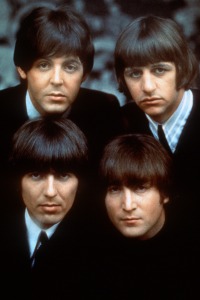 Have you ever kicked yourself for allowing a great opportunity to pass you by? We bet this now-aging drummer did. A letter from Paul McCartney — you know, that dude from the Beatles — has surfaced offering a drumming gig with the Beatles to a mystery musician in 1960, just days before the band left for their historic two-month gig in Hamburg, Germany.

The handwritten Paul McCartney letter offered the job to an unnamed musician who had placed an ad seeking work four days earlier in the Liverpool Echo.

The letter is signed, “Yours sincerely, Paul McCartney of the BEATLES.”

The piece is due to be auctioned by Christie’s on November 15 with other pieces of pop memorabilia. It is expected to bring in at least $11,000.

While the auction house does not know to whom the letter was written — it was found tucked into a book at a yard sale and lists no names other than McCartney’s own signature — Christie’s spokesperson Leonie Pitts says they are certain it was not meant for Ringo Starr, who joined the band two years later.

Why don’t they just ask McCartney himself? They don’t know where he is exactly. “We think he’s on his honeymoon,” Pitts said. His reps did not immediately return requests for comment.