C’mon! What’s a soap opera without drama, scandal and catfights? It’s what keeps us glued to the plasma, watching our daytime faves on DVR after work. Though it’s tough to narrow down, SheKnows shares some of our favorite and biggest dramatic moments on As The World Turns. 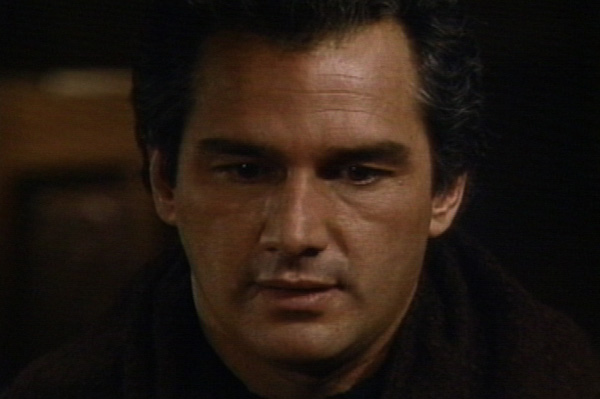 The Return of James Stenbeck

In the mid-eighties, Barbara was having a hellish night at Duncan’s castle. She had been drugged and almost raped by Hensley Taggart, when a hooded man appeared out of nowhere to handle Hensley. He then removed his hood to reveal his identity — Barbara’s husband, James, who had been presumed dead. James returned to cause all kinds of trouble. Though he returned from the “dead” many times during his run on ATWT, this first reappearance remains one of the most dramatic.

Because Kim thought her beloved niece Frannie was Douglas Cumming’s killer (she found Doug dead, on top of Frannie with a crystal cylinder sticking out of his bloody back), Kim falsely admitted to murdering Doug. Kim was tried for second degree murder by district attorney Avril Hobson. But while Kim was testifying, Frannie finally remembered that is was Marsha Talbot who actually served Doug this fatal blow.

Bob and Kim tie the knot

Bob Hughes and Kim Andropolous provided As The World Turns with perhaps the one and only stable family in Oakdale. Bob and Kim’s wedding brought together Kim’s son Andy, Bob’s daughter Frannie and Bob’s parents Nancy and Chris. Kim and Bob decided to get hitched after discovering that their first marriage (25 years prior) wasn’t legally valid.

Revenge is a b****. And so is Lisa Grimaldi. At least in the eyes of Dr. John Dixon, who Lisa tried to sue for malpractice over the death of her husband Eduardo (though he was killed by Clare Bloom’s Orleana). For revenge, John schmoozed Lisa to the point of engagement. He popped the question, and celebration ensued. However, he didn’t show up to their engagement party — but he did send a video of himself trashing Lisa. Meanwhile, John got what was coming to him because his ex-wife Lucinda trapped him in her bizarre fur vault. It was certainly a dramatic moment that no ATWT fan will soon forget.

After Reid’s death, Noah approached Luke by the water and started to get him to open up about his feelings for Reid. Luke admitted, “I didn’t even know how I felt about him until I told you.” Then Noah asked him to list all the things he wished he’d done with Reid. Luke said he wished they gone swimming, to a movie or made love. Noah called Reid a hero, to which Luke responded, “Reid was an arrogant, restless jacka**,” adding Reid never used his brain when it really mattered… like when train lights were flashing. Then Lily and Holden came down to the water to spread the remains of Reid’s ashes. They explained some were kept at the new wing of the hospital, which Reid had been so dedicated to.

More on As the World Turns