Chris Martin has broken his silence regarding his marriage to Gwyneth Paltrow. 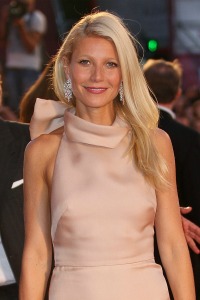 Chris Martin and Gwyneth Paltrow rarely discuss their marriage — but that seems to be changing. In an interview with CBS Sunday Morning, the Coldplay front man broke his silence on his relationship — and suffice it to say, the man is grateful.

When Anthony Mason asked Martin if it were true that he had only “one serious relationship” in his life, Martin responded, “That’s right. I’m in it.”

When Anthony suggested that Martin’s romance track record was “pretty unusual” and that Martin had made “quite a leap” when he landed the Academy Award-winning Paltrow, Martin said, “It’s a big leap? What, from being a loser, to going out with an Oscar winner?”

The rocker also said his family has helped him lead a pretty grounded lifestyle, as far as being a rock star goes.

“It’s made it more focused,” he said. “And you have a purpose. I like what it does. Just the idea of having to work hard so your kids are okay.”

Gwyneth Paltrow too recently talked about their marriage in an interview, something she rarely does. Paltrow told Elle magazine no matter what happens between them, she knows she made the best choice in Martin for the father of her children.

“If, God forbid, we were ever not to be together, I respect him so much as the father of my children,” the Oscar winner said. “Like, I made such a good choice. He’s such a good dad. You can never be relaxed or smug and think, ‘I’ve got this thing.’ That’s also part of it — keeping yourself on your toes. I’m not going to take this for granted.”

Paltrow and Martin married in 2003. They have two children together, seven-year-old Apple and Five-year-old Moses.