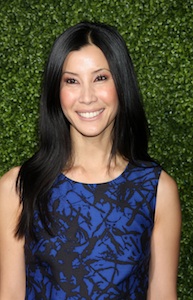 Lisa Ling loves working for Oprah. Parade sat down with the 38-year-old journalist whose show, Our America with Lisa Ling, is gearing up for its second season on OWN: the Oprah Winfrey network.

Parade questioned Ling on Oprah’s management style and influence on Our America but Lisa remained positive and complimentary of media icon.

“I know that Oprah is going to be very involved and that’s a good thing.” She goes on to say, “I’ve worked for Oprah for quite awhile. It’s so inspiring because she’s not just a boss. Everything you do, she asks, ‘What’s your intention behind it?’ You never find that in television. Oftentimes the only question is, ‘What is it going to rate?'”

While she admires Oprah for her ethical and integrity-filled approach, Ling does admit working on Our America is a little different on the OWN network versus other longstanding networks such as ABC and NBC.

“OWN has gone through its challenges. It is a brand new network and looking to find its voice. But I actually feel more strongly about it now than ever. I don’t think I would be able to do any other show on any other network.”

Lisa is grateful to OWN because she believes the network’s creative freedom allowed her to produce compelling documentary episodes. The one topic she hasn’t had a chance to report on is foster care, but sites lack of access as the primary obstacle.

“There are so many thousands of children in foster care but we are dealing with minors. I think if more Americans know how many kids are in foster care and these are good, honest kids who need a home, they would be more inclined to adopt.”

With all of the intense reporting Lisa Ling does, she confesses she is usually in need of a good social media fix to unwind.

The first episode of Our America premiers Sunday, Oct. 16th on OWN.