Scarlett Johansson reveals her post-divorce depression and the reasons why she thinks her relationship with Ryan Reynolds failed. 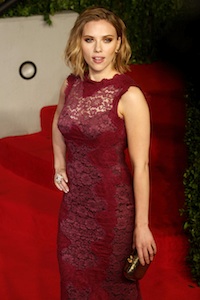 Did Scarlett Johansson drive Ryan Reynolds away with her constant judgment and criticism? The 26-year-old actress recently talked to German magazine, GALA, and the usually press-shy Johansson revealed some very personal details about her divorce.

When asked directly about reasons for the split, Johansson quickly placed blame on herself.

“I can be overcritical with myself and other people,” Scarlett said. “And I don’t compromise…I pass judgment on people quite quickly.”

She stated her assertive and direct language also causes tension in her daily relationships and likely did with Reynolds.

“If I don’t agree with someone or if I’m annoyed I will tell people to their face no matter how hurtful that might be. That can get me into trouble from time to time. When that happens, my friends have to hold me back and say, ‘Scarlett, you can’t say that!'”

“I’m also incredibly impatient regarding my job, my family, and men. I want things to progress. I hate stagnation!”

So how did Johansson handle the break-up? Not very well but she’s trying to move on with her life and credits friends and exercise with easing the transition into single life.

“At first I was quite depressed. After about a week or so I pulled myself together and started to go to the gym all the time. Luckily, I’ve got a few close girlfriends who have been by my side for 15 years now, who I can talk about everything and confide in.”

Scarlett Johansson married Ryan Reynolds in 2008, but just two years later Reynolds announced their split. Many speculated that the quick divorce filing — which came only a few weeks after the public statement confirming their break-up — suggests Johansson had a major role in the relationship’s demise.

With the divorce finalized just this summer, Johansson seems to be doing better after her break-up struggles and recent nude-picture scandal.