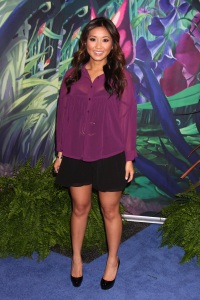 Wedding bells are set to chime for Trace Cyrus and new fiance Brenda Song. The brother of Miley Cyrus announced his plans to marry on his Twitter page on Friday.

Miley Cyrus quickly chimed in with congratulatory wishes. The singer tweeted, “@TraceCyrus can’t wait for Brenda to be a Cyrus :). Couldn’t be more excited about my ‘sister in law to be’ yay :).”

Recently Trace Cyrus and Brenda Song have been the subject of pregnancy rumors. In August, a source told Celebuzz the pair were expecting, adding, “They are beyond thrilled. They are about eight weeks along.”

Weeks later Brenda Song’s mom denied that her daughter, a former Disney star, was pregnant. “She’s actually not pregnant,” her mother said. “It’s very upsetting to our family because of what I’m going through and it’s not how we raised her.”

On the subject of being a role model, the 23-year-old said previously, “Besides Hollywood grand-openings and award shows, I try to stay away from the parties. It’s so easy to be swept away from that whole scene because it’s expected of you. I’ve never drank or smoked in my entire life, but I’ve seen 15-year-olds drinking and smoking and I just think that’s gross.”

Neither Brenda, pictured here Aug. 19 at the D23 Expo, or Trace addressed the pregnancy rumors directly.

Congratulations and happy wedding planning wishes go out to Trace Cyrus and Brenda Song on their engagement news!