Lady Gaga has taken steps to stop Moshi Monsters, the children’s social network, from using an animated character named Lady Goo Goo and any songs that sound remotely like any of Gaga’s hits. 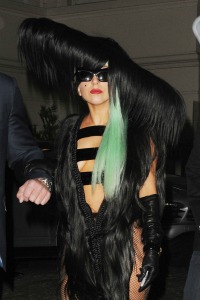 Lady Gaga succeeded in getting an interim injunction against the company that produces Moshi Monsters and has had its most popular character, Lady Goo Goo, banned from performing on YouTube.

The character became an internet sensation this past summer with the release of a music video called, “The Moshi Dance”.

Moshi Monsters launched a new section of their company called Moshi Music, and was planning to release songs on iTunes as well as a CD of music to be released later this year.

This particular injunction prohibits the company from using Gaga’s image and music in any form. The character Lady Goo Goo can still appear in any Moshi Monsters games, but the song cannot be used. Mind Candy, which is the British parent company of Moshi Monsters, is not allowed to play or sell the parodied song in any manner.

The company can be stopped from, “promoting, advertising, selling, distributing, or otherwise making available to the public The Moshi Dance or any musical work or video that purports to be performed by a character by the name of Lady Goo Goo or that otherwise uses the name Lady Goo Goo or any variant thereon.”

The chief executive of Mind Candy, Michael Acton Smith, stated, “It’s pretty obvious that kids will be able to tell the difference between the two characters. The shame is that millions of kids fell in love with Lady Goo Goo’s debut single on YouTube and now won’t be able to enjoy her musical exploits. It was all done in the name of fun and we would have thought that Lady Gaga could have seen the humor behind this parody.”