Beyonce is under fire again over allegations she that stole the creative work of another choreographer for her latest video Countdown. 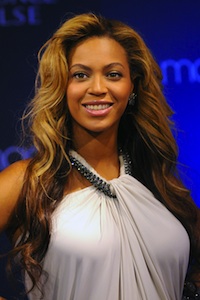 With a video comparison, the similarities appear to be quite obvious. Beyonce commented on the allegations yesterday morning, admitting that she was inspired by Keersmaeker’s work.

“Clearly, the ballet ‘Rosas danst Rosas’ was one of many references for my video ‘Countdown.’ It was one of the inspirations used to bring the feel and look of the song to life.”

You can see in the video clip below the exact frames Keersmaeker is talking about:

Keersmaeker directly commented on the situation saying, “Obviously, either Beyonce or the music video direct Adria Petty plundered many bits of the integral scenes in the film.”

However, Beyonce denied any outright plagiarism and explained the video also pulled themes from other films and American icons such as Audrey Hepburn, Andy Warhol, and Brigitte Bardot.

Watching the Countdown video as a whole, Beyonce’s statement makes much more sense, as the variety of influences is obvious. Keersmaeker isn’t impressed, “I find it pleasant, but don’t see any edge to it. It’s seductive in an entertainment, consumerist, sort of way.”

This isn’t the first time Beyonce has been accused of plagiarism. Her 2011 Billboard Music Awards performance was also eerily similar to Italian singer Lorella Cucarini’s 2010 show.

On a more recent note, Beyonce was accused of wearing a fake baby bump on an Australian television show. No doubt Beyonce is a largely original artist, but perhaps it’s just been a bad few days for the multi-talented singer.