A lawsuit brought against the director and writer of The Hurt Locker has been tossed out of court. 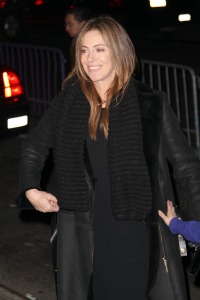 A U.S. soldier who brought a lawsuit against Academy Award-winning director Kathryn Bigelow and screenwriter Mark Boal for misappropriating his personal story in the film The Hurt Locker has just seen his case thrown out of court.

Sgt. Jeffrey Sarver claimed that the movie used his name, likeness and other significant personal details to create the character of bomb-disposal expert Will James — and defamed him in the process. As a journalist, Boal had been embedded with Sarver’s unit in Iraq and interviewed the man several times.

On Thursday, Sarver’s claim was dismissed by U.S. District Judge Jacqueline Nguyen, who said that the significant changes to the character met the legal requirement that a fictional movie depiction of a real life character be “transformative.” She also said that the character in question was not nearly as negative as Sarver claimed.

In addition, the judge found “no support in the movie for Plaintiff’s allegation that he is portrayed as a man who had no respect or compassion for human life. To the contrary, The Hurt Locker depicts Will James as having compassion for the Iraqi citizens whose lives are affected by the war.”

An attorney for Kathryn Bigelow and Mark Boal said the ruling “is a huge victory for all filmmakers who should feel comfortable using real-life events as inspiration for their films.”

“No artist,” he added, “should ever be forced to create entire fictional worlds that have no basis in reality simply because they fear the threat of meritless lawsuits.”

Kathryn Bigelow was the first woman to ever win the Academy Award for Best Director for The Hurt Locker — an especially sweet victory since one of the other nominees was her ex-husband James Cameron.