Sean Diddy Combs has donated a hefty sum to the Harlem Boys and Girls Club. 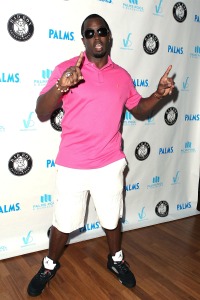 The Boys and Girls Club of Harlem was on the verge of going broke until a savior stepped in — a savior in the form of none other than Sean Diddy Combs.

Combs — who lived in Harlem until he was 12 — donated $60,000 to keep the sports and tutoring programs alive and kicking in his old ‘hood.

“Being from Harlem, I heard they needed help, and I wanted to help,” Diddy told the Daily News. “This is something that I am proud to do.”

The Boys and Girls Club does important work in inner city neighborhoods — getting kids off the streets and away from gangs and drugs.

“There is usually a bigger issue to what kids are going through,” said Diddy. “Most kids want a way out.”

Board member Willie Bentley has a friend who works for Combs, and just last Tuesday mentioned the club’s plight on hopes of getting a little help. Within days a check was in his hands.

“The contribution puts the club in a good place for the time being,” Bentley said with gratitude.

The cash will help pay for math and reading tutors, basketball games and gym classes for more than 3,000 kids who attend the four Harlem Boys and Girls Club locations — all of whom now are huge Diddy fans.

Read on for more Sean Combs