Other doctors called in to testify at the Michael Jackson manslaughter trial say Dr. Conrad Murray was grossly negligent in his treatment of the star.

Doctors called by the prosecution in the Michael Jackson manslaughter trial blasted Conrad Murray for his negligent care of the pop star, which they say directly caused his death. 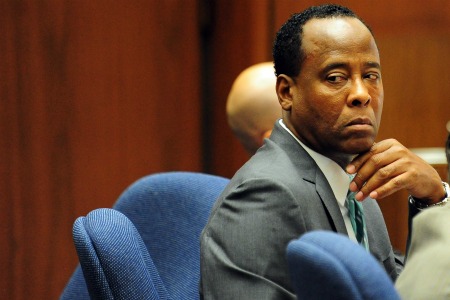 Agreeing when asked if the use propofol as a sleep aid constituted “gross negligence” on the part of Conrad Murray, cardiologist and expert witness Dr. Alon Steinberg said, “Yes. It’s indicated for procedures and patient comfort, not for sleep. That’s an extreme deviation from the standard of care.”

Steinberg also blasted Murray for not having any resuscitation equipment or medication and for delaying his call to 911.

“All those deviations: giving propofol, giving propofol in an unmonitored setting without personnel, without appropriate monitoring, without the appropriate equipment, not being prepared, not doing–, appropriately reacting to the [cardiac] arrest, not calling 911 in a timely fashion, all directly impacted [Jackson’s] life,” Steinberg said, claiming if Murray had the proper equipment and acted in a timely manner he could have saved Jackson’s life.

Earlier in the trial, the head of Jackson’s security team testified that Murray called him, his girlfriend, the pop star’s chef and Jackson’s kids to the room before calling 911.

A paramedic who answered Murray’s delayed 911 call and the emergency room doctor on call both testified that the doctor withheld the information that he gave Jackson propofol, revealing only a dose of the sedative lorazepam.

Murray’s defense team has dropped their argument that Jackson gave himself the fatal dose of propofol by orally ingesting it when Murray was out of the room.

“We are not going to assert at any point in time in this trial that Michael Jackson orally ingested propofol,” said lawyer Michael Flanagan.

Instead, they will present the case that Jackson injected himself with the fatal dose and swallowed an additional lorazepam pill while Murray was absent.

If convicted, Conrad Murray faces up to four years in prison.