Wish you could catch up on some of your favorite shows, including Gossip Girl and The Vampire Diaries? You’re in luck! 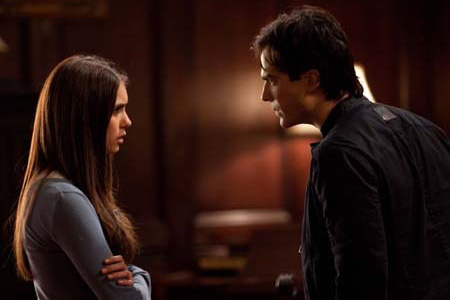 Fans can view previous seasons of shows One Tree Hill, Gossip Girl, Vampire Diaries and Nikita this Saturday and Supernatural and 90210 starting in January. Next fall, you will be able to stream new CW shows like The Secret Circle, Hart of Dixie and Ringer.

“Not only will we will be able to recruit new viewers for our shows through the powerful reach of Netflix, but it also makes The CW an even more attractive option to the creative community,” said CW president Mark Pedowitz.

The four-year agreement between CW and Netflix is worth an estimated $1 billion and will run through the 2014 -2015 season. This deal took several months to finalize, with Hulu competing against Netflix for the final deal. “We took our time to see how things would play out, and now there is more competition and better pricing,” said Bruce Rosenblum, president of Warner Bros. Television Group.

There is one catch to the deal, which is that you can only stream past seasons of current CW shows, not shows like Life Unexpected or Smallville which are no longer airing.

Tell us Netflix subscribers: Are you excited to stream CW shows?