Charles Barkley might be donating his television salary if the NBA lockout continues throughout the season. 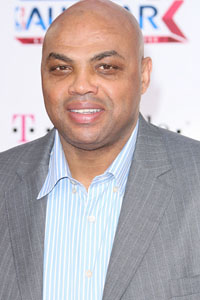 The NBA lockout has now canceled at least three weeks of the 2011 basketball season — maybe more, if a deal isn’t finalized soon. The lockout puts players and coaches into a weird spot, and support staff and NBA commentators are also out of a job until the discussion is over.

You can put former NBA star Charles Barkley into the latter group as the TNT color commentator is out of a job for the foreseeable future. However, Barkley isn’t too concerned about his paycheck — he’s even considering donating it all to a worthy cause.

“I don’t think it’s cool for me to take money I haven’t earned … my decision is either going to be defer it or give it to charity,” Barkley said in a recent radio interview.

“The problem I have is if these guys hold out all season, it’s going to be a lot of money,” Barkley added. “That’s why I have to make that decision. I haven’t made the final decision.”

Barkley understands the issue between athletes and owners better than anyone, though these days he sides more with the owners than players. He said the commissioners want to level the playing field for all teams, making competition more fierce — and interesting to watch.

“That’s what this thing is about,” he said. “They’re not going to just let the big markets dominate like they do in baseball.”

Barkley might have to make a salary decision soon: NBA Commissioner David Stern said play will be canceled for the rest of 2011 if an agreement isn’t reached soon.

“If we don’t make it on Tuesday,” Stern said, via True Hoop reporter Henry Abbott, “my gut is that we won’t be playing on Christmas Day.”

Are you sad about the continued NBA lockout?