Bethenny Frankel might be in some hot water with Forbes over her Skinnygirl Margarita sale. 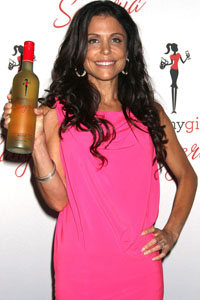 Bethenny Frankel’s stint as one of the most beloved reality stars to come out of the Real Housewives franchise might be coming to an end. The Bethenny Ever After star is facing some serious questions after SEC filings show she wasn’t paid $120 million for her Skinnygirl Margarita line.

The real paycheck? $8.1 million, split with a partner. Frankel can also get a cut of the sales, according to the SEC report.

That’s news to Forbes magazine: the business publication put Frankel on the cover earlier this year, calling her “the it girl of reality TV [who] sold her line of Skinnygirl drinks for $100 million.”

Now? Forbes is investigating the payment questions. And Frankel has pulled the Forbes cover image from her personal website.

“We’re taking this very seriously. We based our numbers at the time of reporting on solid sources. We’re aware of the new information and we’re looking into it right now,” Dan Bigman, Forbes executive editor, told Huffington Post Celebrity. “We’re going to review all the information thoroughly and talk to Ms. Frankel before taking any steps. If there are any inaccuracies, we’ll correct them. If clarification is required, we’ll do so.”

Frankel didn’t comment on the $120 million quote when it came out, though she never denied it either.

“Skinnygirl Cocktails is the number one fastest growing spirits brand in the country because of YOU!” she tweeted Thursday morning. “On track to do over 1 million cases this year! Thank you.”

Now, she’s switched to making cryptic comments about it on Twitter.

“The price of success. The serious issue is supposedly credible outlets hiring freelance writers with false info to get attention,” Frankel tweeted to a fan.

Another fan tweeted that he’s a finance student and that the SEC filings aren’t being interpreted correctly.

Oh, we will. This is about to get very interesting.

Do you think Bethenny Frankel lied about her Skinnygirl payday?