Muggles rejoice! The magical world of Harry Potter will be opening up in a former aerodrome near London in March of 2012! It will be the official home of the Making of Harry Potter studio tour.

The creators of the Making of Harry Potter studio tour are hoping that the magic and mayhem surrounding the boy wizard continues at a new vacation destination. 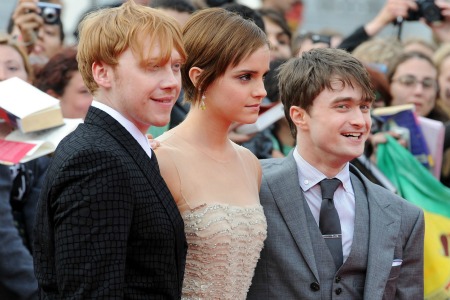 The new attraction, housed in a 150,000 square foot warehouse, will house only authentic items from the Harry Potter films — including sets, props and costumes — on the original studio site which is 20 miles from London where all the films were created.

The tour, opening on March 31, 2012, is sure to impress even diehard Potter fan. The real flagstone floor from the Great Hall of Hogwarts is being laid into place, and the gargoyles are already standing at their posts, waiting for fans to enter.

The Great Hall will be the cornerstone of the three-hour tour, as well as Dumbledore’s office, Hogwart’s classrooms, the Gryffindor dormitory and the cupboard under the stairs where Harry was forced to sleep, to name a few.

Aside from the sets, fans will also enjoy learning how the creatures featured in the movies were created. There are also hundreds of props — enough to fill over 200 containers — that will be displayed for fans to enjoy as they remember their favorite scenes.

Can’t get to the U.K.? Live near the east coast? Harry Potter will come to you!>>

Said Tom Felton, who played Draco Malfoy, to the Associated Press, “I get shudders down my spine every time I walk back in there. Immediately, as soon as you go back, it just fires up a decade’s worth of memories.”

He continued, “I remember the first time I went in there, it was on camera. [Director] Chris Columbus specifically didn’t want us to see it before filming, because we were only 11-year-old kids. So our reaction when we walked in there was pretty much genuine.”

Said Mark Williams, who portrayed Arthur Weasley, “The attention to detail and the care and the thought is breathtaking and still is to us, even after eight films.”

Apart from housing the studio tour attraction, the facility is also being turned into the U.K. base for Warner Brothers’, giving the area an influx of new jobs and a new focus. It will be the biggest studio complex in Europe when it is completed.