The man accused by the FBI of hacking into the email accounts of celebrities says he is sorry. 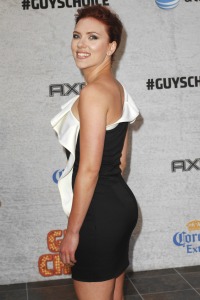 A Florida man the FBI says hacked into the email accounts of stars like Scarlett Johansson and Christina Aguilera says he is sorry for what he has done.

In an interview with Action News of Jacksonville, Florida, Christopher Chaney said his obsession began as simple nosiness.

“It started as curiosity and it turned to just being addictive,” Chaney said. “Seeing the behind-the-scenes of what’s going on with the people you see on the big screen.”

The hacker got into email accounts by no high-tech means — he simply figured out the passwords by examining the details of celebrities’ personal lives and plugging in words like pet’s names, favorite movies, old addresses, and nicknames of siblings.

Once in, he used an email forwarding program to have copies of every email sent straight to him, so he could still read the messages — as well as access photos and other files saved in the email accounts — even after the celebrities changed their passwords.

Chaney calls his obsession an addiction and says he would not have stopped if he hadn’t gotten caught.

“I was almost relieved when they came in and took the computers inside,” he admitted.

“I deeply apologize,” Chaney said. “I know what I did was probably the worst invasion of privacy someone could experience. I’m not trying to escape what I did. It was wrong. And I have to just face that and go forward.”

While the man has not yet admitted to disseminated any of the information he gathered during his hacking spree, he is suspected to being behind the leaks of nude photos of Mila Kunis, nude photos of Scarlett Johansson, and nude photos of Christina Aguilera.