Staring Jack Black, Owen Wilson and Steve Martin, The Big Year is a heart-warming comedy about three men competing to be the best at the quirky national sport of birding.

Some things in life are easy… spotting a blue jay outside your window… seeing a hawk while hiking in the woods. But what would you do if someone challenged you to find more than 700 species of birds in one single year? 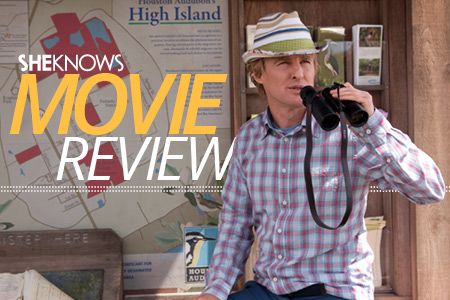 You might go a little batty trying to get it done. But hopefully, you’d have some fun along the way.

Finding birds – by sight or sound – is the sport of birding. And every year, there’s a competition to see who can see the most. This competition is called A Big Year.

In the new family comedy The Big Year releasing on October 14, Jack Black plays Brad Harris, a divorced down-and-out office worker who has only one dream, to compete in the Big Year competition. 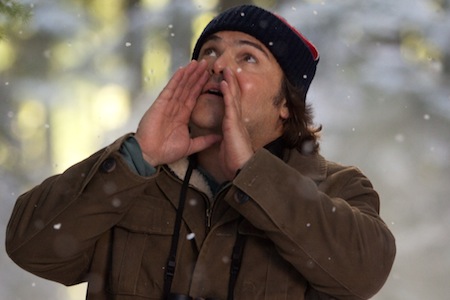 Too bad he’s broke, shy and kind of out-of-shape.

Why does that matter? Because if you want to compete with the big dogs (one of them being Owen Wilson‘s character Kenny Bostick, who is reigning champion of Big Year fame), you’ve got to be able to travel across the country – from Key west to Alaska – as many times as it takes to see as many species of birds as possible. That takes time and money.

Unfortunately for Brad, this year Kenny Bostick is dead set on keeping, if not beating, his record.

That wild and crazy guy

Enter a mass of other Big Year contenders, one of which is Stu Preissler – a retiree who just can’t seem to pull the plug on being one of the most powerful men in New York – played by Steve Martin. 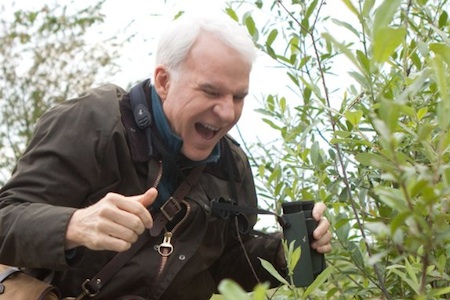 When January 1st rolls around, our men are off to see who can find the most birds – no matter what they have to do to achieve that goal. Hilarity ensues, and not just wackiness, but odd, quirky moments that involve three of the funniest actors you could imagine getting stranded in the wild together.

As we soon learn, a man’s obsession with competition can rule his ways.

The best birder in the world

And with this simple premise, the actors seem to shine. Owen Wilson portrays the over-confident jerk with excellent subtlety. Think director Wes Anderson’s Owen, with a little bit of The Life Aquatic with Steve Zissou meets The Darjeeling Limited.

Jack Black brings a huge amount of that heart and naiveté we loved in films like School House Rock and Be Kind Rewind. Steve Martin brings a little bit of his Saturday Night Live dance back – if you can remember how fun it was to watch him play “that wild and crazy guy” – as he keeps the comedy grounded in a character you learn to trust.

Rashida Jones (Parks and Recreation; The Office and I Love You, Man) plays the adorable love interest, while Rosamund Pike (An Education) plays opposite Owen Wilson as his more-than-understanding wife. Other surprises include Joel McHale as the persnickety business man and Anjelica Huston as bird enthusiast, Annie Auklet. 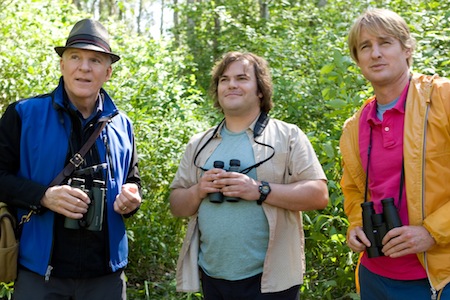 If you’re expecting a Wedding Crashers type buddy comedy or hoping to see another Tropic Thunder in the jungle, do not be misled.

This is not an R-rated film full of raunchy guffaws. Instead, The Big Year is a sweet, adorable tale about three men from very different backgrounds competing to be the best birder in America.

It’s a movie you can take the whole family to see. So if you’re in the mood for a fix from some of your favorite comedic actors – but don’t need to fall on the floor laughing – you’ll find a really sweet movie about love, life and a little bit of the great outdoors.

Bottom line: The Big Year is a sweet, PG tale about a very loveable thing – trying to see a little bit of nature now and then.