Full season orders for three of The CW’s new shows is fantastic news. Are you ready for more Hart of Dixie, Ringer and The Secret Circle?

Cheers are in order for three new CW series that are getting full season orders: Hart of Dixie, Ringer and The Secret Circle. 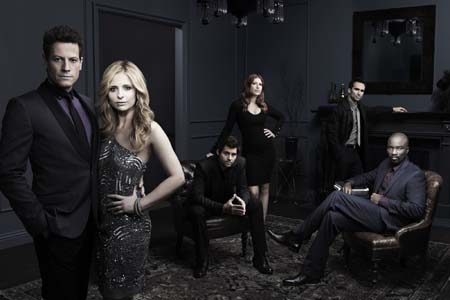 CW President Mark Pedowitz announced the big news Wednesday (Oct. 12), which is sure to have fans doing the full-season happy dance.


Pedowitz said in a statement, “We believe in the creative strength of these dramas, and by giving them back nine orders we can give our audience the chance to enjoy complete seasons of all three of them.”

He added, “With compelling storylines, engaging characters and tremendous buzz we firmly believe Hart of Dixie, Ringer and The Secret Circle can become signature series for The CW, the kind of top-notch shows that are synonymous with our brand.”

The Hart of Dixie airs on Mondays and stars Rachel Bilson, formerly of The O.C., while Ringer airs on Tuesdays and features former Buffy The Vampire Slayer star Sarah Michelle Gellar.

Meet the mother of the Originals on TVD>>

Sarah Michelle Gellar also acts as the show’s co-executive producer and she was clear from the get-go Ringer would not be a Buffy look-alike in any way.

The Secret Circle is paired with The CW’s wildly popular show The Vampire Diaries, making Thursdays supernatural day — yes, we’re aware there’s a show on the network of the same name.

The Thursday pairing is fitting considering The Secret Circle is from Kevin Williamson, the creator of The Vampire Diaries.

What do you think of the full season orders from The CW? Head over to our comments section and sound off.