The Private Practice docs are already having a rough go of it, but A.J. Langer (My So-Called Life) shows up tonight with some life-changing news for one of them. Sometimes, you’ve just got to “Deal with It.” 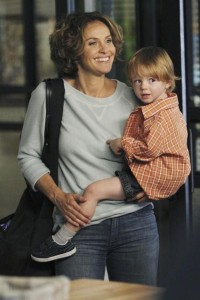 While Addison and Jake team up, the fertility issue continues to come between Addie and Sam, Violet tries to make it as a stay-at-home mom and Coop gets a doozy of a surprise on Private Practice: “Deal with It.”

Addison thought working with Jake was going to be impossible, what with their secret almost-romance and the fact that Sam still doesn’t know about it. This week however, they’re faced with the true meaning of “impossible” with their patient, who is determined to have a baby even though she doesn’t have a uterus.

If anyone can do it, it’s these two…

Addie’s still not willing to work with Jake on her own baby-making however, so she’s on the hunt for a new specialist when Sam saunters in — on the hunt for an afternoon delight. The mood is instantly killed when Addison mentions the “f” word (fertility!), indicating these two still have one big issue to contend with.

Violet and Peter aren’t doing much better. She is going a bit crazy with her new job taking care of her son full-time, and it doesn’t help that Pete is still being a volatile pain in the butt. Violet asks BFF Cooper for a cool mommy hookup, so she can do some bonding, but it turns out the mommy group thing is not for her — and Pete is not going to like what she comes up with next. Check out the video below!

It’s not all about babies 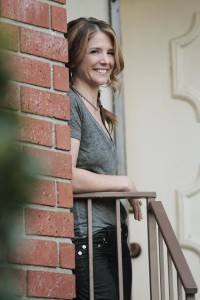 When Coop, Sam and Sheldon stop by to check out Jake’s new Oceanside office, the handsome new addition impresses the guys with his stocked bar and his guru knowledge of the ladies.

It seems Coop can’t get Charlotte to forgive him after last week’s thievery and Jake shares a tip with the guys.

That may end up being a moot point, however, as Cooper is in for a life-changing surprise tonight…

Could it have something to do A.J. Langer’s mysterious recurring character? She’s definitely planning to drop a bomb on one of the locals, according to TVLine, and SheKnows is guessing it’s Coop that gets nuked.

Meanwhile, after lying to Charlotte to get back to work, Amelia actually tries to get sober. She hits an AA meeting and proclaims she’s back to living One Day at a Time. While she fights for her own life, she also helps a Parkinson’s disease patient who habitually cheats on her husband.

Not sure what to watch before the action on ABC? At 8 p.m., Charlies Angels is getting another shot at making the ratings stick around, but the Angels are up against performers like the CW’s Vampire Diaries and NBC’s Whitney and Up all Night.