If you’re not wearing orange on Nov. 4, Danica Patrick is not going to be very happy. 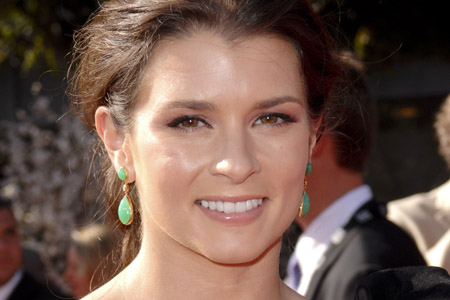 Patrick, known for her skills behind a steering wheel, is trying to drive people’s focus toward the plight of those who suffer from chronic obstructive pulmonary disease, or COPD. Patrick appeared at the U.S. Capitol in Washington, D.C. on Tuesday to tell lawmakers about DRIVE4COPD, a public health initiative headed up by several groups — including NASCAR and the Country Music Association — to educate Americans about COPD.

“I vividly recall how my grandmother struggled to simply breathe when I was younger,” said Patrick in a statement. “Over time, it became more and more difficult for my grandmother to do everyday activities and take part in family get-togethers. It absolutely tormented me to see how hard it was for her to do something so simple, like breathe.”

Patrick, one of the highest paid female athletes in sports, was all business at Capitol Hill. When asked which politician she’d like to teach how to drive, the Washington Post reports she replied, “You could teach the president, but he doesn’t ever drive . So, being here for COPD is more effective than teaching them how to drive.”

Patrick is preparing for this weekend’s IndyCar race in Las Vegas. A request for comment from Patrick was not returned by press time.