An SEC filing shows how much Bethenny Frankel really got paid for Skinnygirl. 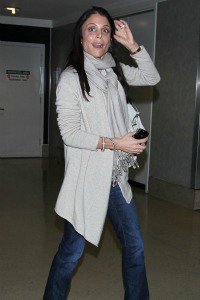 Bethenny Frankel is a true rags to riches story – but the reality star is not rolling in quite as much dough as we thought.

While friends reported that Frankel received a $120 million payday for the sale of Skinnygirl, an SEC filing says Beam Global paid much, much less for the brand: just $8.1 million. Still nothing to sneeze at, but far less than the originally reported amount. Guess Ramona Singer was right!

The good news for Bethenny? She also gets a cut of sales. If Skinnygirl meets or exceeds specific sales expectations, she gets additional cash “in an amount not in excess of $25 million.” Another very nice payday, but combined still far less than her reported $120 million windfall.

To be fair, Frankel herself never revealed or confirmed the dollar figure – but she never denied it, either, obeying a key public relations rule: When people think you’re worth more than you are, let them.

Of course, who knows how much of that cash the former castmember of The Real Housewives of New York will have to hand over in legal fees… Bethenny Frankel is being sued over allegedly false claims that Skinnygirl is all natural and is the subject of another lawsuit by her former managers who want $100 million because they claim she cut them out of her deal with Beam Global. Good thing she has those books and her show Bethenny Ever After to fall back on.

Whole Foods to Bethenny Frankel: Skinnygirl is not “all natural”