Javier Bardem is a bad man. The Oscar-winning actor will go head-to-head with 007 as the villain of choice in the new James Bond film. 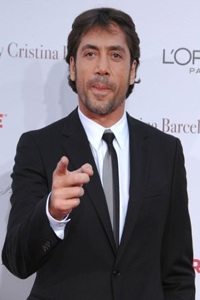 Spanish actor Javier Bardem is taking on an iconic role: Bond supervillain! Bardem had been rumored to be playing Daniel Craig’s arch nemesis for over a year but had never confirmed his involvement – until now. During a recent interview with ABC Nightline’s Christiane Amanpour, the actor officially announced what we already knew.

“I’m very excited because my parents took me to watch the [Bond] movies and I saw all of them, so to play that is going to be fun,” Bardem said. “They chose me to play this man,” he continued, “but I cannot give you many details.”

Having Bardem on board as the villain is a step in the right direction. The actor won the Academy Award for Best Supporting Actor in 2008 for his chilling performance as the stoic Anton in No Country for Old Men. Perhaps, he can recreate that dark magic for the Bond world?

Aside from Daniel Craig, Judi Dench and now Bardem, official casting briefs have been scarce. But according to Time, several actors have been secretly added to the film including potential Bond girls Berenice Marlohe and Naomie Harris. If that wasn’t enough, the talented and dashing Ralph Fiennes is also up for a role.

Bond 23 aka Skyfall will be directed by British helmer Sam Mendes and is slated to hit theaters Nov. 2012. Bardem just wrapped production on an untitled Terrence Malick film that’s also scheduled for next year.

What do you think of Bardem’s addition to the cast? Is he the right choice?