Owen Wilson talks about the sequel to Zoolander 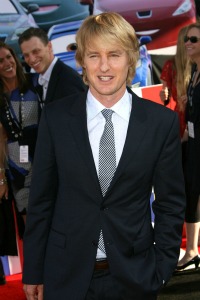 Zoolander 2 is not set for release until sometime in 2014, but the stars of the film are already giving us some clues about what our two favorite male models are up to.

Earlier this year Ben Stiller — aka Derek Zoolander — gave a few hints about the status of our unlikely heroes.

“I don’t want to give away too much, but it’s basically Derek and Hansel ten years later — though the last movie ended on a happy note, a lot of things have happened in the meantime,” Stiller told Empire Magazine. (By the way, Jennifer Aniston’s man Justin Theroux co-wrote the script with Stiller.)

Now Owen Wilson is giving us a few more clues on exactly how unkind time has been to these pretty boys.

Say it ain’t so! How bad is it? “Think Vanilla Sky,” Wilson said.

How can he pull off Magnum with a twisted face? Guess we’ll find out. In the meantime, Stiller has been perfecting Derek Zoolander’s next Blue Steel. He debuted the Cold Coffee look during his Saturday Night Live appearance last week to rave reviews.

Can’t wait until 2014 for your Owen Wilson fix? You’re in luck, because the comic actor has three flicks coming between now and then. The Big Year, featuring Wilson as a competitive bird watcher alongside Steve Martin and Jack Black, is currently in theaters. Also in the works: the Wes Anderson-directed Moonrise Kingdom and the animated Turkeys with Woody Harrelson.