Tim Allen is back in ABC’s Last Man Standing and the premiere received decent ratings. 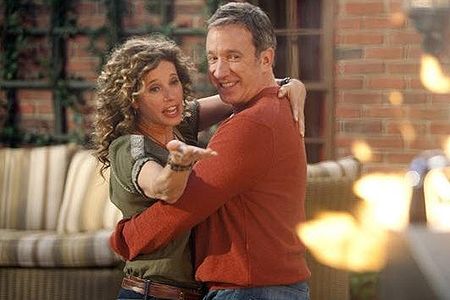 The formula for the show lends itself to the typical family comedy – the man must step up when is wife finds success in the working world – but Tim Allen and the rest of the cast, which includes Nancy Travis as his wife, bring a fresh take on the topic. This no doubt helped the show kick off to strong ratings.

According to Nielsen overnights, the Tim Allen comedy finished second in its time slot to CBS’ NCIS and averaged 13 million total viewers.

The solid ratings start made Last Man Standing the biggest 8 p.m. comedy debut on TV since 2004!

The nice ratings start is a contrast to what critics think of the show. It’s been a divide between the viewers love of Tim Allen and the critics take on the substance of the show.

That beings said, fans of Tim Allen from his Home Improvement days were obviously ready to see the man grunt back into action, but times have changed and so has the sitcom world.

We want to know if diehard Tim Allen fans think Last Man Standing stands up as well as his former show Home Improvement. What did you think – hit or miss?