Angelina Jolie took her humanitarian efforts to Libya earlier this week. Was she there with the UN? 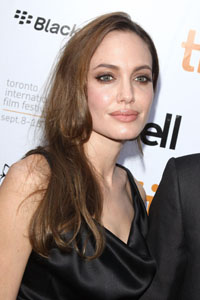 Angelina Jolie made waves earlier this week when a Somali aid group revealed she donated $342K for humanitarian aid. Now Jolie is spending time in another strife-filled part of the continent: Libya.

Jolie, a United Nations Goodwill Ambassador, isn’t there as part of an official mission. Instead, the mother of six is there on her own.

“I have come to Libya for a variety of reasons, to see a country in transition at every level and to witness efforts to fully realize the promise of the Arab Spring,” Jolie told Reuters.

“I’m also here on behalf of the Libyan people to show them solidarity. I think this revolution on behalf of human rights, which is what I feel these people really have been doing and what they have pushed for, and to help them to implement these new laws and help them with the future of their country.”

Libya is currently in the midst of an internal conflict – rebels have essentially taken over the government, driving longtime leader Moammar Gadhafi into hiding.

“This country is going through so much. It’s in transition on so many levels… It’s not just food, it’s not just sanitary conditions or the new laws that need to be put into place. It’s all of these things at once,” she said during her stop in Misrata.

Jolie also said that the resilience of the Libyan people inspires her.

“What’s extraordinary is that a lot of the people who are part of the solution and are working in positions of even military, and you find that just before the revolution they had retired, or were running restaurants or were selling baby clothes,” Jolie said.

“They’ve all quit their jobs and they are all working here now on behalf of their country.”