Ashton Kutcher’s piece on the side, Sara Leal, is revealing all about her tryst with the Two and a Half Men star. You won’t believe all the shocking details. 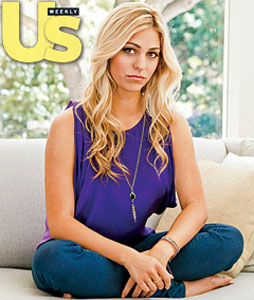 Sara Leal is finally breaking her silence about her alleged night with Ashton Kutcher – and she’s revealing some pretty intimate details about their night together.

“He just came up and kissed me,” Leal told US Weekly of her Sept. 24 tryst with the married actor. No word if the magazine paid for her story – the administrative assistant was reportedly asking for $250K to spill her guts about Kutcher.

Leal went on to say that they later partied in his suite at the Hard Rock Hotel in San Diego before she stripped with a friend and hopped into the hot tub with Kutcher.

“I didn’t think it was out of the ordinary,” Leal said, adding that Kutcher told her he was “separated” from Moore. “I wasn’t self-conscious about getting naked.”

Leal and Kutcher went to his bedroom around 6 a.m. and “he lost his towel and I took my robe off,” Leal says. “Then we had sex.”

“He was good,” Leal revealed. “It wasn’t weird or perverted.” She also revealed another shocking part about the night – she claims Kutcher didn’t wear protection during their encounter.

The duo talked about politics and argued over her cell phone before having sex again. “I told him I was a Lutheran from Texas. He said, ‘Oh my gosh! Are you a Republican?'” Leal said, adding that he asked her about “up-and-coming candidates. I said Rick Perry. He asked if I’d vote for him. I said I didn’t know and he laughed. He laughed at pretty much everything I said.”

Leal added that he was happy to have a “real” experience.

“He was like, ‘I enjoy things like this because I’m an actor 90 percent of the time and it’s fake. It’s nice to have moments that are real,'” Leal said.

Sorry, Sara: It wasn’t real — he’s still married, no matter what he allegedly told you that night.

Do you think Sarah Leal is telling the truth or looking for a payday?