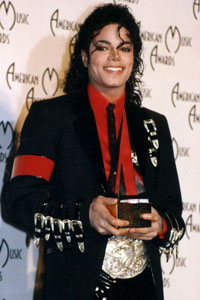 Michael Jackson fans are crying foul after television cameras at the Conrad Murray manslaughter trial caught a glimpse of an autopsy photo taken hours after the King of Pop died on June 25, 2009. The photo — shown here on TMZ (Warning: Graphic and NSFW) — is shocking, but medical examiner Dr. Christopher Rogers said that Jackson was a healthy weight for his age and height.

Rogers went on to say that the probability of Jackson giving himself the fatal overdose was slim-to-none.

“You’d have to assume that Mr. Jackson woke up, although he was at least to some extent under the influence of propofol and other sedatives, he was able to somehow administer propofol to himself,” Rogers testified.

“We did not find any type of precision dosing device, which means the doctor would be estimating how much propofol he was giving,” the medical examiner said. “I think it would be easy in those circumstances for the doctor to estimate wrong and give too much propofol.”

The photos were not supposed to be shown to television cameras, prompting a strong and passionate reaction from MJ fans.

“HLN sucks for showing that autopsy photo of MJ. That was beyond disrespectful,” tweeted one fan.

“None of the fans want to see this photo autopsy! I want to see my King dancing, singing, and enchanting,” another tweeted.

Other fans reacted with indifference or a realization that HLN didn’t intend to broadcast the photo.

“Oh for cripes sakes, it is a death trial, autopsy pics WILL be shown. MJ or not, death is not pretty but it is real. #hln”

Another Twitter user started tweeting the photos to Jackson’s eldest children, Prince Michael Jackson and Paris Jackson. Fans were not impressed and called for Twitter to ban the user.

The Jackson kids — along with youngest brother Blanket Jackson — all took the stage in Cardiff, Wales, this past weekend to pay tribute to their father.

“We’re very happy to be here on this special night to honor our father,” a poised Paris told the 50,000 fans at the concert.

Does the Michael Jackson autopsy photo offend you, or was it an honest mistake?