Bethenny Frankel is on the defense about her lost at sea story. Despite speculation that she made the whole thing up, the Skinnygirl mogul is sticking to her guns. 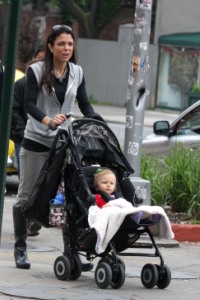 Is Bethenny Frankel’s lost at sea story nothing more than a tall tale? In the face of claims that she’s a liar, the Skinnygirl mogul and mother of Bryn is standing her ground.

“People on twitter are saying your boat rescue was not really true?” a Twitter follower of Bethenny Frankel wrote to her on Monday. In reply the 40-year-old offered this explanation: “People are nuts and bored.”

Continuing to assert that her tale of 21 hours lost at sea was all true, Bethenny tweeted a list of “last week’s idiocies.”

So if those rumors are false, the lost at sea story must be true? That’s a mighty leap in reasoning.

At the heart of the speculation that the Skinnygirl creator’s lost at sea tale is a lie sits Tim Russell, Frankel’s supposed rescuer. Frankel said the ship’s GPS was broken, but Russell said it was just fine and used the coordinates the captain gave him to easily find the boat. Russell also adds that the vessell was in good shape and didn’t need to be towed into shore, noting it simply followed him back to dry land.

In mid-September Bethenny Frankel detailed her terrifying adventure on Twitter. “Worst night of my life,” she wrote. “Literally being lost at sea was beyond traumatic. All I thought of was Bryn. Terror.”

Perhaps most damaging to Frankel’s insistence that she’s telling the truth is the fact that a Bravo film crew was also on board filming the Bethenny Ever After reality show while the vessel was “lost at sea.”

Do you think Bethenny Frankel’s lost at sea sotry is a lie?