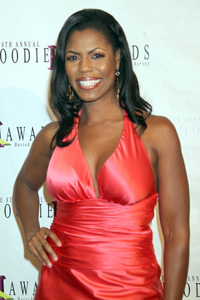 Reality star Omarosa, famous for being the villain on shows like Celebrity Apprentice, is dealing with the unexpected death of her brother, Jack Manigault.

Manigault, 40, was shot several times at his home in Ohio last Sunday after his house was broken into by 22 year-old Marco Cardenas. Manigault and a woman, who was Cardenas’ ex-girlfriend, were asleep in bed when Manigault was fatally shot in the head by the alleged assailant, Cardenas. Two juveniles were also in the house during the assault.

Vindy.com is reporting that Manigault’s girlfriend told police that, after shooting Manigault, Cardenas hit her on the head with a gun before the two juveniles forced him out of the house. Cardenas has been arrested and being held on a $5 million bond and charged with murder, felonious assault and aggravated burglary.

“We thank everyone for their amazing outpouring of support surrounding the tragic death of my brother Jack,” Omarosa said in a statement. “Right now it is an extremely difficult time and we ask that you allow family privacy to grieve and make all necessary arrangements.”

The deceased, Manigault, was sentenced in 1999 and served over two years for aggravated assault. He was convicted again in 2003 for obstructing official business and possession of drugs and weapons. Omarosa said her brother had turned his life around and was on the right path before he died.

“My brother was so special to us. We loved him unconditionally and we were so proud of him when he turned his life around and gave his life to God two years ago,” Omarosa said.