The Rum Diary starring Johnny Depp is a whimsical, eccentric episode in the life of one man destined to drink himself out of a streak of bad luck.

Why take a job in Puerto Rico where rum runs like water if you’re an alcoholic trying to make something of your life? Because in The Rum Diary logic, that makes for the best party — especially if you’re hanging with Johnny Depp. 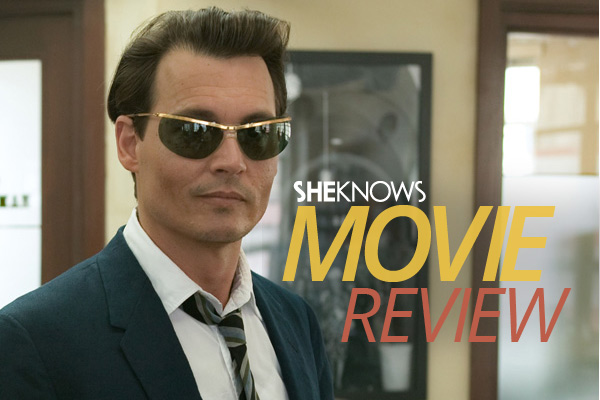 Unfortunately for the ladies, seeing Johnny Depp with a hangover, bloodshot eyes and matted hair isn’t what we like to think of the typically gorgeous, charismatic, fine specimen of a 48-year-old man.

But still, Johnny Depp is perfectly Johnny, and we love seeing him as such in this amusing attempt by writer/director Bruce Robinson to pay homage to a book so dear to so many people.

The film is adapted from the novel by Hunter S. Thompson of the same name. A struggling writer named Paul Kemp (Depp) ventures from New York to Puerto Rico to become a journalist at a fledgling daily paper. Kemp is not only uninspired by life but he’s confused, lonely and a bit too much of a party guy.

Johnny Depp shows off his undies in new poster >> 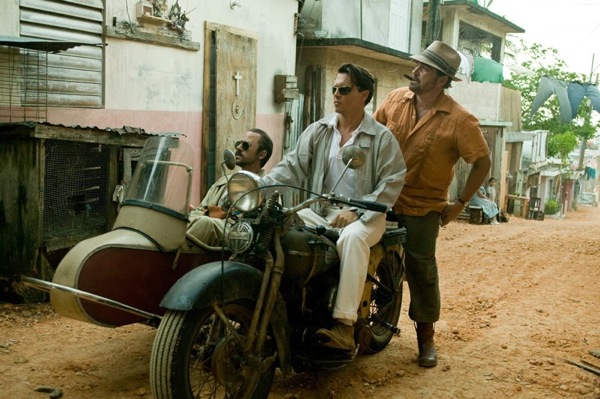 Luckily for him, the people working at his new paper make him look like the straight one. His newfound sidekick, Bob Sala, played by veteran character actor Michael Rispoli (Law & Order, The Sopranos), brings some welcome clarity to Kemp’s misdirection and serves as the perfect mate. The dynamic duo gallivants around the island getting into the type of comical trouble only drunkards can do.

Another sidekick to Kemp is the catastrophic, psycho Nazi, Moberg, the root of all devilish doings. He’s played rather brilliantly by Giovanni Ribisi (Avatar, Saving Private Ryan, Gone in Sixty Seconds). Ribisi’s depiction of insanity is one of the best parts of the film. His performance is maniacal, edgy and downright superb.

Our three good guys are in constant opposition to their toupee-sporting boss, Lotterman, played by Richard Jenkins (Burn After Reading, Step Brothers, Friends with Benefits) in a love-to-hate him angry man role that Jenkins perfected to a T. 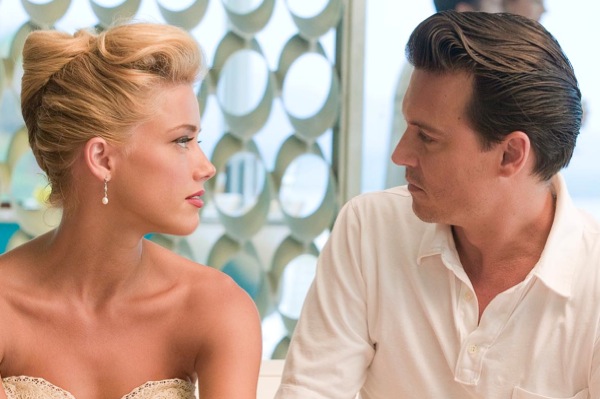 As Kemp gets deeper into the corruption that is the expansion of the Caribbean real estate market in the 60s, we meet Sanderson, played by devilishly good looking Aaron Eckhart (The Dark Knight, Thank You for Smoking, No Reservations). He’s the charming journalist-turned-sell out who also happens to have a really good looking girlfriend named Chenault.

She’s blond, has a body like a pinup girl and likes screwing against the side of sailboats. Every man’s dream. (Just not sure she exists in real life — sorry fellas!) Actress Amber Heard (The Playboy Club, Zombieland, Pineapple Express) portrays the femme fatale who takes a liking to Kemp.

This romance finally gives Kemp the push he needs to get the job done — you’ll have to see the movie to find out how.

The soulful meandering of one writer’s will to change the world is pleasing to anyone who has ever sat down and tried to write. But if you’re looking for a traditional romance set in the beautiful Caribbean, this film might disappoint. It’s more suited to those who like their cocktails shaken, not stirred.

Bottom line: If you’re big on Johnny and like the indie feel of a quirky plot, don’t hesitate giving The Rum Diary a shot.