Joe Jonas’ debut album is getting a shellacking from some critics. What’s wrong with Jonas’ first solo effort?

Middle JoBro Joe Jonas just released his debut solo album, Fastlife, much to the delight of his female fans. The album is Jonas’ first foray into the music business without the safety net of his brothers. 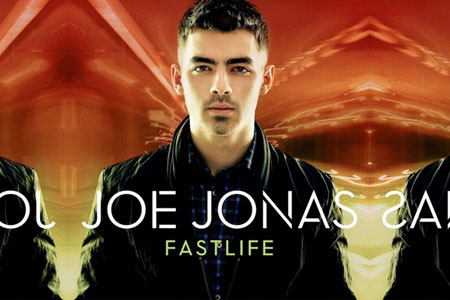 “It was scary in the beginning, just because I knew this is my one opportunity to show people my journal: the good and bad of every relationship I’ve been in, you know, [and] what I look for [in relationships],” he told MTV News of his decision to release a solo album.

However, not everyone is feeling Jonas’ solo effort.

“It seems like Jonas took all the right steps to making a decent album. Too bad the result is poor,” said Mesfin Fekadu, critic with the Associated Press.

“Overall, Fastlife is lifeless. Vocally, the 22-year-old Jonas is boring: He lacks energy when he sings, and even he doesn’t seem interested in what he’s singing about.”

Fekadu goes on to say that Jonas’ songs like See No More and Just in Love are mostly about the downside to love “and sonically, most of the songs play like Timberlake and Brown leftovers. Jonas doesn’t add much to the mediocre tracks throughout the album, and on some songs he even sounds robotic,” he added.

The Washington Post’s Allison Stewart said Jonas gave a solid effort in Fastlife. “Fastlife works best when it stays mild (like I’m Sorry which sounds like a great lost Backstreet Boys ballad),” she wrote. Most critics agree that I’m Sorry is the best track on the album.

Lukewarm reviews likely won’t hold back sales of Fastlife. Jonas still has a strong base of female fans and is sure to pick up several thousand more when he opens for Britney Spears on her European Femme Fatale tour.

“I feel like this is a good time in my life to be doing this solo project,” Jonas told MTV News. “I’m just ready to play music. I’ve been promoting a lot and hustling around all over America and Europe, talking about the album, and now I just get to play, and that’s my favorite thing to do.”

“I love to make music,” he said. “I’m always creating. It doesn’t stop that creating bug. It’s just something that I always do.”

How are you liking Joe Jonas’ solo album Fastlife so far?

Read on for more Joe Jonas