Britney Spears’ old digs are up for sale. The pop star’s former home has hit the market and it could be yours — if you’re willing to cough up a pretty penny! 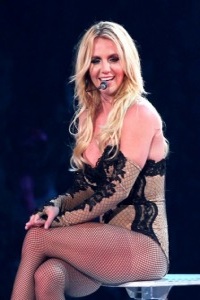 If you’re a diehard Britney Spears fan who’s also a multi-millionaire, you could own a prime piece of Spears real estate. The singer’s former California home is up for sale, with an asking price of $7.5 million. The property was initially listed for $10.8 million but was reduced when potential buyers balked at the number.

The house is currently owned by Jose Leon, who rented the property to Spears for two years. According to the Business Insider, the home is 10,300 square-feet, has seven bedrooms, seven bathrooms and multiple upgrades including steam rooms, a wine cellar and a movie theater. Apparently, Leon and Spears both chipped in to add the amenities, which should make the property more attractive to future buyers/renters.

If you’re interested in living in the central Los Angeles area, this isn’t the place for you. The house is located in Calabasas, which is an affluent area far away from the hustle and bustle of the city. But the small community has gained recent popularity for its reality TV residents — namely, the Kardashians.

If the location is so great, and the home has so much to offer, you might be wondering why it’s for sale. Leon’s wife believes the house is simply too big for Spears, therefore despite all the improvements and luxuries, it will still go to the highest bidder. Perhaps Jennifer Aniston could add this to her list of real estate endeavors?