A boat captain says Bethenny Frankel is lying about being lost at sea. 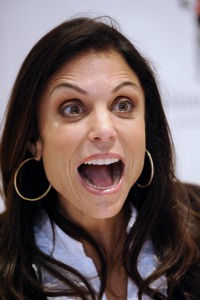 Did you guys know that reality shows are set up? And that the Tooth Fairy was really your mom? If not, your mind is about to be blown.

Remember that whole “Bethenny Frankel lost at sea for 21 terrifying hours” song and dance? Turns out it was nothing but a fish story, according to the man who “rescued” her.

Tim Russell, the man who came to Frankel’s aid, says that contrary to the Skinnygirl mogul’s claims, there was absolutely nothing wrong with her boat or her GPS system.

In fact, he says the only reason he even sailed out to her was because the Coast Guard refused to do it themselves, saying the boat was in perfect working order and in no danger.

Russell claims he was able to find the boat easily because the captain gave him the GPS coordinates, which would have been impossible if the system was broken as Frankel later claimed.

When he met the boat, he was greeted by Frankel, her husband, her therapist (who is also the captain with 30 years experience at sea) and a Bravo film crew, who shot the whole thing. Russell says Frankel’s boat didn’t even need a tow — they simply followed him back to shore. The whole thing was a set-up for Bethenny Ever After, he claims.

Adding insult to injury is the fact that Frankel told Ellen Degeneres she gave the man a $2800 tip for saving her — but Russell says he received no tip, only his standard nighttime off-season rate of $250 per hour.

So far there is no comment from Bethenny Frankel‘s camp. Stay tuned!

read on for more bethenny frankel