Beyonce has announced her due date. What is it? 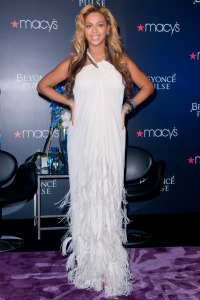 Beyonce will be basking in the glow of her beautiful pregnancy through winter. The 1+1 singer has announced her baby is due in February!

Beyonce spilled the news on the Australian show Sunday Night. Her February due date makes her about five to six months along, depending on exactly when in the month her little bundle of R&B joy shows up.

According to the 30-year-old mom-to-be, she doesn’t have to wait until February to know how different her life will be — because it has already changed tremendously.

“[Being pregnant] already has changed my life,” she told the show. “My husband and I have been together for 10 years, all of my twenties,” she said. “I just feel like it’s time and I’m very grateful that God has blessed me with the biggest gift any human can have.”

For years Beyonce would answer the question “When are you going to have a baby?” by saying when she was 30. Why was that the magic number?

“I think because I’ve accomplished a lot of things for myself and I really know who I am, I didn’t rush into anything,” she explained. “If there’s any time, right now is the time, and I’m so happy.”

The singer has been married to music industry icon Jay-Z since 2008. Beyonce announced her pregnancy at the 2011 MTV VMAs.