Real Steel beat down all the movies in the ring to win the box office championship belt the weekend of Oct. 7-9. While studio estimates still leave room for shakeups in the middle of the top 10, there’s no contesting the win over The Ides of March. 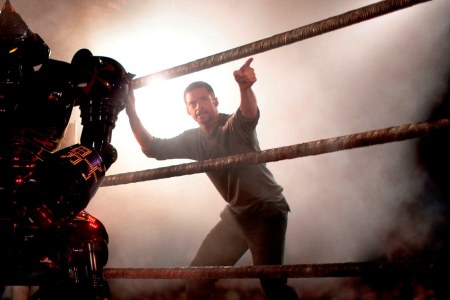 Real Steel came loaded with a killer one/two punch and a solid kick below the belt — how can you go wrong with boxing, robots and a heartfelt father-son reunion? That winning combo helped the film open bigger than the ’85 Rocky IV to steal the title for biggest boxing movie opening. Of course, tickets cost a lot more now than in Rocky’s day! Real Steel also gave the competition a fat lip in the overseas markets. 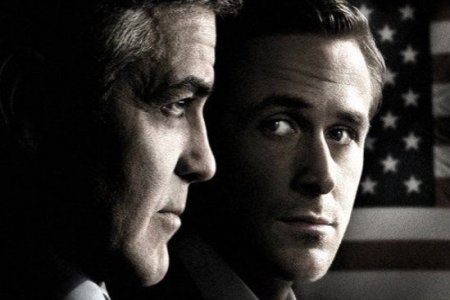 Not even half as many moviegoers were interested in getting political with writer/director Clooney and his costars Ryan Gosling, Paul Giamatti, Marisa Tomei and Evan Rachel Wood. While The Ides of March banked far less then Steel, however, production came it at far less the $110 million budget that made Jackman’s robots dance in the ring. SheKnows wasn’t wrong to call The Ides of March a political thriller you won’t want to turn your back on: $10.4 million is a reasonable opening tally, but the dark film could have run a better campaign for bigger numbers.

Individual campaign aside, The Ides did help Sony Pictures pass $1 billion in domestic sales for this year, following on the heels of Disney last week. Warner Bros. and Paramount passed that mark this summer, along with the even more impressive international benchmark of $2 billion.

Courageous continues to be the box office Engine That Could. The Christian film is in a tight race for sixth place, with estimates putting The Lion King (in 3D) and Dream House right on its tail. It’s still showing in 1,161 theaters, in comparison to Dream House‘s 2,664 and The Lion King’s 2,267. Two weekends in, Courageous has banked $15.9 million and is still hoping to surpass its predecessor, Fireproof, which went on to gross more than $33.4 million at the box office.

Next week’s contenders include Footloose, The Thing, Paranormal Activity 3, The Three Musketeers and Steve Martin‘s The Big Year along with limited releases of Julia Roberts and Ryan Reynolds‘ Fireflies in the Garden.