The Rosie Show debuts on OWN tonight and we thought we would take a moment to give you the scoop on what to expect. 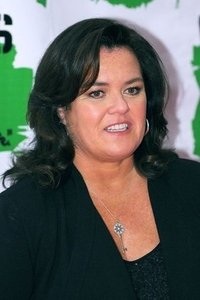 The Rosie Show isn’t a morning talk show and it’s not a late night vehicle — so what can we expect?

Rosie O’Donnell talked with reporters via a conference call and this is what the new Chicago gal had to say about The Rosie Show kick off Monday: “For Oprah and the network, we do start on Monday. We begin the actual real launch. It was sort of a soft launch in January and now we begin again.”

The Rosie Show is going to include 10 minutes of stand-up, a “Carol Burnett” style question and answer with the audience and some games that she will no doubt “cheat” to win.

O’Donnell said, “Like most of the games I did on my old show, I cheat so everyone wins.” What will she be handing out to the winners? We can’t wait to find out.

Like everything that changes with time, television is no different and Rosie O’Donnell is well aware that the small screen has progressed. “It’s changed completely,” O’Donnell said.

It sounds like we’re going to get the Rosie O’Donnell that we know and love, just in an updated form.

Will you be tuning in to the premiere of The Rosie Show tonight (Oct. 10)? Her first guest will be Russell Brand, which should be exciting.