Put on your boots, turn up the music and move your booty, Julianne Hough and Kenny Wormald star in a new Footloose that’ll make you want to stomp your feet!

The new Footloose is electric, inspired and integrated with the times. It has all the drama of the original but with the energy of today’s youth, bringing rap, country, rock and hip hop together in one groovy dance movie. 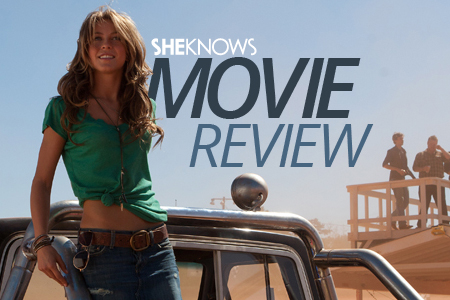 Comfortable moving his body when someone turns up the tunes, Ren quickly faces off in an underground dance session with the preacher’s daughter, Ariel, the last person in town who should be doing any foot stomping. Played by Julianne Hough, this wild child wants to do much more than just dance. 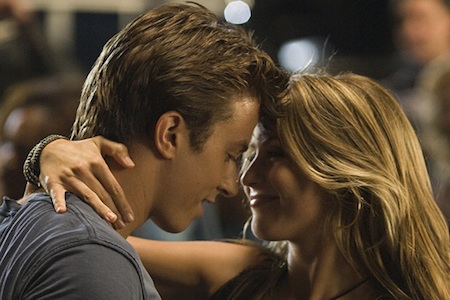 And as soon as these two meet – across the gritty, electric, makeshift dance floor – sparks fly and you know you’re in for a juiced-up ride. The on-screen chemistry between these two professional dancers is not only hot, it’s 100 percent good old fashioned fun.

Hough is a two-time winner of the hit show Dancing with the Stars. She’s a professional ballroom dancer and comes from a family of foot shakers (her parents, grandparents and most of her siblings are in the business of dancing). 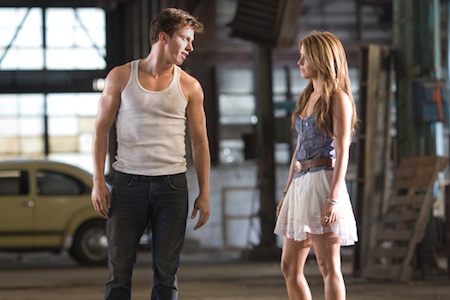 Wormald’s professional experience is just as choreographed as Hough’s but historically a bit edgier (this contrast translates nicely on the big screen!). He has danced in music videos alongside Madonna, Mariah Carey and Christina Aguilera. As Ren, Wormald is sexy, captivating and a little bit mysterious, while Hough is fast, free and more than comfortable in Ariel’s red boots.

If only these two hot dancing fools could get together, life would be great, right? Not in Bomont, where the minister (played by Dennis Quaid), who is also Ariel’s father, believes enforcing the law of no dancing is a matter of life and death.

A new way to cut loose

Four high school students – one Ariel’s brother– were killed in a car crash after a night of dancing. Unlike the original, the new Footloose opens with an emotional scene of the fatal accident. Seeing this scene gives viewers a backstory we’ve never seen before and says from the outset that this movie is going to be different. Just watch and see.

In the Bomont of 2011, country is big, but rap is bigger. Interracial couples are accepted. Kids smoke weed, listen to iPods and are self conscious about being rednecks. Director and co-writer Craig Brewer (Black Snake Moan and Hustle & Flow) brings an urban vibe to a small town that’s not afraid of making fun of itself for being off the beaten path. 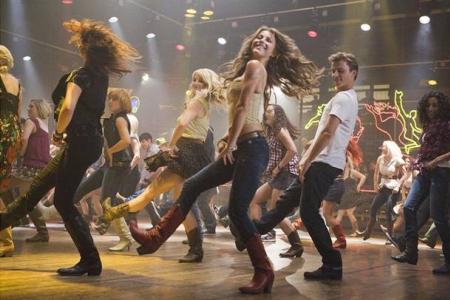 That said, for those who liked the gritty, quiet feel of the original, this new one might disappoint in that it’s a much slicker version. The highly choreographed dancing is certainly the highlight, but the storyline focusing on the preacher and his wife — played by Andie MacDowell — has been truncated a bit too much.

But change is a necessary part of life. So, don’t resist; embrace the new Footloose because there’s one thing that’s still true after almost 30 years: You’ve got to fight for your right – another great ’80s theme, thank you, Beastie Boys — to paaaaarty. That means: dance, dance, dance. Even if the world around you isn’t what you thought it should be, you can still find time to cut loose!

Bottom line: The new Footloose stays true to the rebel edge of the original but adds more sexy sizzle for a new generation of kids who want to cut loose.