Transformers: Dark of the Moon continues to rule the DVD and BluRay rentals, though a few Horrible Bosses are hoping to change that.

It’s hard to believe we’re already into the second week of October. We’re gearing up to spend the next couple of weeks knee-deep in horror movies, but this week it’s all about the movies that make us laugh — and think. 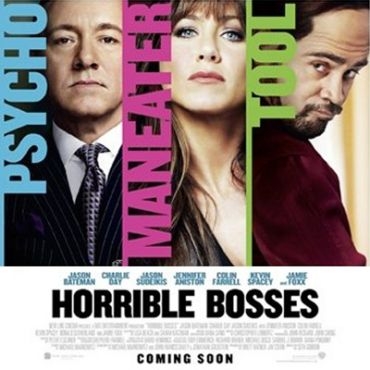 The list isn’t as big as last week, but the movies hitting OnDemand, Netflix and Redbox include a critical darling (The Tree of Life) to one that the critics hated (Zookeeper.) Plus, David Boreanz and Emily Deschanel fans can get their Bones fix with the show’s sixth season, now available in a boxset.

The films currently on everyone’s Redbox hot list include Transformers: Dark of the Moon, Thor, Something Borrowed, Setup, American Loser, Rio, Everything Must Go, Paul, The True Story of Puss in Boots and Your Highness.

Horrible Bosses — Jason Bateman, Jason Sudeikis and Charlie Day star in the comedy about three working-class dudes who all hate their bosses, played by Jennifer Aniston, Colin Farrell and Kevin Spacey. The film is both hilarious and relatable — who hasn’t had a horrible boss? Plus, Aniston breaks out her sexy — and raunchy — side, much to the delight of men everywhere. 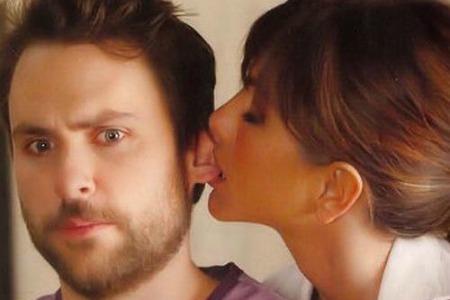 Bateman, Sudeikis and Day were perfect casting choices for the film, too. However, they even had reservations about it.

“It was mostly about the concept — can we do a comedy about murder? — less than it was the content of the lines. That didn’t scare me as much as it did — can we make murder funny? I think all of it came together,” Sudeikis told SheKnows.

Check out interviews and our review of Horrible Bosses>> 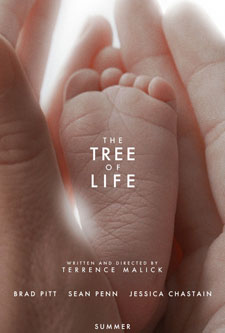 The Tree of Life — Brad Pitt, Jessica Chastain and Sean Penn star in the film about the evolution of life through a Texas family. Film critics initially booed the film, though it was later awarded the coveted Palme d’Or at the 2011 Cannes Film Festival.

“This film is not for everyone. But this is visionary cinema on an unashamedly huge scale.”

Read more on The Tree of Life>>

Judy Moody and the Not Bummer Summer — Heather Graham stars as Aunt Opal in the film about Judy Moody (Jordana Beatty), a third-grader who wants nothing more than to have an excellent summer.

The film was not received well by critics, but the film — based on the popular book series — hit just the right spot for young fans. “The film is colorful and pops off the screen, another aspect that young girls should adore. It also captures the almost secret language and mannerisms that young children adopt with their close friends. It doesn’t take long to decipher the child-speak for adult audiences, so listen closely for the prose that is uniquely very young,” SheKnows wrote in a review of the film.

Read more on Judy Moody and the Not Bummer Summer>>

Zookeeper — Kevin James takes on another leading role in this comedy about a zookeeper looking for love. “James portrays an unlucky in love leader of a Boston-area zoo who is coached in the ways of love by his zoo animals. James begins the film being dumped by his girlfriend, right after he proposes!” SheKnows wrote in the movie review.

“The action picks up years later as James is encouraged by his animal cohorts to try to woo back the woman that broke his heart. Complicating things is the zoo’s veterinarian, played by Rosario Dawson, who may have eyes for James’ character. Who to turn to when love gets complicated?”

Other movies set for release on Oct. 11 include the comedy Terri, Beautiful Boy and the compete sixth season of the popular television series Bones.

Scream 4 makes its much-anticipated debut at Redbox locations around the country in both DVD and BluRay. Other films that will hit the kiosk on Tuesday include Arena, starring Samuel L. Jackson and Kellan Lutz, the animated film Barbie: Princess Charm School, Broken Trail, Call Me Mrs. Miracle, Hisss, Living Will, Video Girl and Killjoy’s Revenge.

Which new releases are you planning to watch?