Sugarland is planning a free concert to benefit victims and survivors of the August stage collapse at the Indiana State Fair. Find out how you can snag tickets to be a part of this memorial.

A distraught Jennifer Nettles and Kristian Bush promised to do whatever they could to help the people of Indiana after a devastating stage collapsed killed six people and injured dozens of others. Now, Sugarland is making good on the promise with a free concert in Indianapolis in honor of the victims. 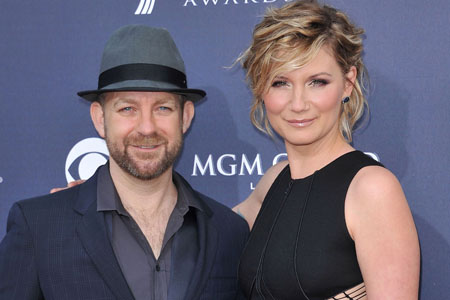 “We will return to Indiana for a free concert at Conseco Fieldhouse on Oct. 28th,” the duo tweeted Friday morning. “Get all your info here: #LOVE”

The concert will also serve as a fundraiser for the Indiana State Fair Remembrance Fund, a charity set up by Sugarland to help the victims and their families pay for medical costs and funeral expenses. The band will honor Indiana State Fair tickets — regardless of refund status.

Nettles and Bush revealed their plans for a benefit concert soon after the tragedy, but decided to give the families time to mourn.

“We are in the process of planning a private memorial in Indiana, to honor those fans who died,” the band said in a statement after the collapse. “We would first like to hold space so that their families can have time to go through their own services and memorials.”

We’ve reached out to opening act Sara Bareilles‘ rep to see if she will also make an appearance at the concert. The singer — now a judge on the popular NBC show The Sing-Off — just finished her set when a quick and violent storm caused the stage collapse.

“The entire stage rigging collapsed, this is bad, this is very bad,” said Indianapolis Star reporter David Lindquist immediately after the Aug. 13 catastrophe. He was there to review the concert.

“The gust of wind came, there was no rain yet and the production fell from left to right,” he added. “And you could see, you could clearly see people were under the footprint of the rigging.”

Will you join Sugarland for their memorial concert on Oct. 28?