The network behind The Simpsons says the show will be coming to an end soon if the cast doesn’t agree to a salary cut. Find out how Mr. Burns wants to fix this situation.

Doh! It looks like the 23 year run of the popular Fox animated series The Simpsons might be over after this season if the creative team behind the show cannot come to an agreement on salary. 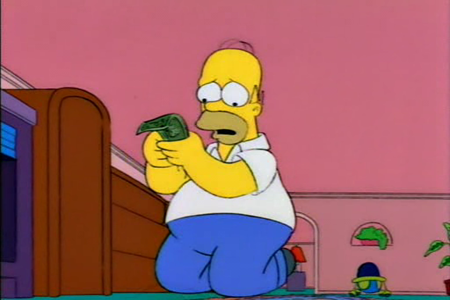 20th Century Fox wants vocal actors like Harry Shearer, Hank Azaria and Yeardley Smith to take a 45 percent pay cut — from $8 million a year to $4 million — to do next season. If not, this year will be the show’s last.

“23 seasons in, The Simpsons is as creatively vibrant as ever and beloved by millions around the world,” the studio said in a statement. “We believe this brilliant series can and should continue, but we cannot produce future seasons under its current financial model. We are hopeful that we can reach an agreement with the voice cast that allows The Simpsons to go on entertaining audiences with original episodes for many years to come.”

Naturally, the actors weren’t too thrilled about that idea and so far have refused to budge unless they’re given some of the profits from the show. The Simpsons is in syndication on many networks and that will likely continue into the foreseeable future.

Mr. Burns has a solution

Shearer — the voice behind Mr. Burns, Ned Flanders and others — comments on the team’s willingness to talk salary, as long as it’s fair.

“As a member of The Simpsons cast for 23 years, I think it’s fair to say that we’ve had a great run and no one should feel sorry for any of us,” the actor said. “But given how much joy the show has given so many people over the years — and given how many billions of dollars in profits News Corp. has earned and will earn from it — I find it hard to believe that this is Fox’s final word on the subject,” Shearer said.

“At least I certainly hope it isn’t, because the alternative is to cancel the show or fire me for having the gall to try to save the show by helping Fox with its new business model. Neither would be a fair result — either to those of us who have committed so many years to the show or to its loyal fans who make our effort worthwhile.”

“In fact, to make it as easy as possible for Fox to keep new episodes of The Simpsons coming, I’m willing to let them cut my salary not just 45% but more than 70% — down to half of what they said they would be willing to pay us,” he said in a statement. “All I would ask in return is that I be allowed a small share of the eventual profits.”

Regardless, it looks like new episodes featuring Bart, Homer and the rest of The Simpsons clan are about to end.

Do you think 20th Century Fox should give The Simpsons actors a cut of the profits?

Read on for more The Simpsons