Johnny Depp has been cast as Dr. Seuss in a new biopic.

Is there no character this man can’t play? The always working Johnny Depp has played a pirate, a bank robber, a demonic barber, a sensitive freak with scissors for hands, the Mad Hatter, an eccentric chocolatier, an undercover cop, a gypsy, an old fashioned scaredy cat school teacher, a romantic mental patient… The impressively wild list goes on and on. Now Depp is adding another great character to the list: Dr. Seuss. 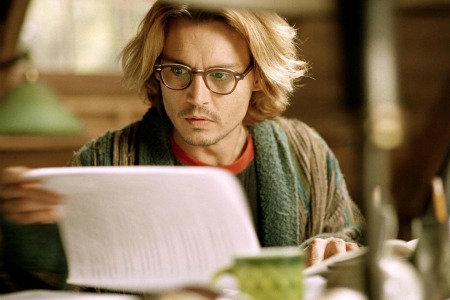 Depp will play The Cat in the Hat creator in a new Dr. Seuss biopic that he will also produce, according to the Hollywood Reporter. The live action film will explore the life and inspirations of the beloved children’s author, whose real name was Theodor Geisel.

Dr. Seuss books have sold more than 200 million copies worldwide and include such classics as The Cat in the Hat, Horton Hears a Who, How the Grinch Stole Christmas, The Lorax, Green Eggs and Ham and dozens more.

The flick marks yet another foray into roles of real life people for Depp. In the past he has played writer Hunter S. Thompson (and even paid for the gonzo journalist’s funeral), director Edward D. Wood, FBI agent Joseph D. Pistone, drug dealer George Jung and legendary bank robber John Dillinger.

This new flick might give him the chance to get back into the good graces of the public after his rape comments in the November issue of Vanity Fair. Depp later apologized for the ill-thought comparison, telling RAINN, “I am truly sorry for offending anyone in any way. I never meant to. It was a poor choice of words on my part in an effort to explain a feeling.”

While we’ll have to wait a bit for the Dr. Seuss movie, you can catch Depp in the upcoming flick The Rum Diary, based on the book by Depp’s old friend Hunter S. Thompson.