Three Originals later and we finally get another piece of The Vampire Diaries’ craziest family. Meet mama Original, played by Alice Evans. 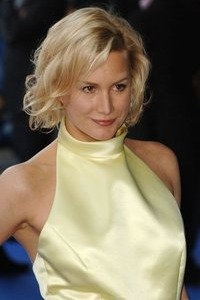 Every family needs a matriarch, even the Originals of The Vampire Diaries.

The mother of Elijah (Daniel Gillies), Klaus (Joseph Morgan) and the newest Original to hit the scene, Rebekah (Claire Holt), has a face.

Check out what went down on “Disturbing Behavior”

According to a report from TV Guide, British actress Alice Evans will step into the very old shoes of the hybrid-bearing mother of the Originals.

Alice Evans will make her first appearance as Esther in flashback scenes during the eigth episode of the third season.

Here’s where our detective work comes into play — and remember it’s mere speculation. We reported back in August that Sebastian Roche would turn up as a “hunter” on this season of The Vampire Diaries.

It was hard to tell as it was so quick, but he showed up in “The End of the Affair” as someone “hunting” Klaus and Rebekah. Is it possible that he will turn out to be the big, bad papa of the Originals? We think he might.

What are your thoughts on this season of The Vampire Diaries? Is it exceeding your expectations?

The Vampire Diaries airs Thursdays at 8/7c on The CW.

Michael J. Fox Gets Emotional as He Describes How His Wife Reacted to His Parkinson’s Diagnosis