NBC has canceled another one of its freshman shows — Free Agents. The workplace comedy starring Hank Azaria and Kathryn Hahn failed to connect with audiences and has met an early demise.

Related story The Smurfs 2 movie review: I kissed a Smurf... 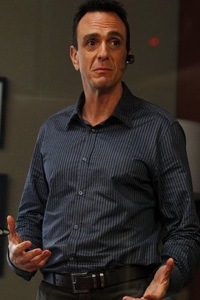 Another one bites the dust! After pulling the plug on the controversial drama The Playboy Club, NBC has cut another new show from its schedule. Free Agents, which aired Wednesdays at 8:30 p.m. was unable to compete with heavy hitters like CBS’ Survivor and Fox’s The X Factor.

The Free Agents cast knew their show was in trouble and took to Twitter to gain more viewers. On Monday, co-headliner Hank Azaria wrote, “Hey kids, please watch Free Agents this Wednesday at 8:30. I fear it may be your last chance!!” The most recent airing earned a mere 3.3 million viewers according to The Hollywood Reporter.

Azaria’s other TV gig on the long running hit The Simpsons may also be in jeopardy. Earlier this week it was announced that if the cast doesn’t take a pay cut — season 23 might be its last. While the animated series’ status is on shaky ground, Free Agents status is already set in stone.

Did you watch Free Agents? Did NBC cut it too soon?