American Idol season nine winner Lee DeWyze has been dropped from his record label RCA Records. What’s the next step for the 25-year-old? 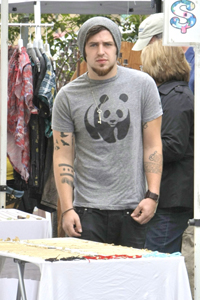 After selling just 168,000 copies on his 2010 debut album,  Live It Up,  American Idol season nine winner Lee DeWyze has been dropped from his record label RCA Records. The 25-year-old singer unfortunately had the worst selling debut album from any winner of American Idol. To compare, season 5 winner Taylor Hicks was dropped from Arista Records after a single album – and he sold 705,000 albums.

Why do some American Idol artists have commercial success, whereas others careers seem to fizzle?

“The TV platform provides amazing coverage, but if you don’t have the right songs, it doesn’t really mean a whole hell of a lot, because we’ve seen American Idol winners come and go in a heartbeat,” says RCA Records CEO Peter Edge. “And we’ve seen them have great records, like Kelly Clarkson, starting with Since U Been Gone. Or on the X Factor side, Leona Lewis, where ‘Bleeding Love’ gave her a double-platinum debut album; if she didn’t have those songs, her notoriety would have probably gone away.”

So what’s next for DeWyze? He just got engaged to model and actress Jonna Walsh and is working on a new album, which he confirmed via Twitter.

“Heading to Nashville to work with some amazing artists and writers,” he wrote. “I can’t wait to put out this new album, I’ll be working very hard to get you guys the best music I can make.”