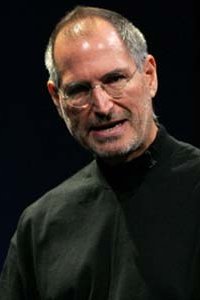 It was a different world for the music industry in 1999.

Sure, profits were soaring at $14.6 billion, but it was all about to collapse. The signs were there. Consumers were not romantically connected to their CDs as they were to their vinyl records, and even opening a new CD was a challenge with sealed tape making it near impossible to do so. Online, the record industry declared war against downloaders (Napster, ect.), targeting music fans who should have been their number 1 customers.

In comes Steve Jobs, and it all became much clearer. He created the iPod, which gave listeners choice, variety and convenience. Then, perhaps more revolutionary, he founded iTunes in 2003.

Yet, the record industry was not ready for the online world. The concept of selling digital music was anathema to a good business model for them.

It was Jobs’ mission to convince them otherwise.

“Steve Jobs came into the music industry at a time when the incumbents had given up on their own fans,” said Eric Garland, chief executive of the media tracking firm BigChampagne, to the New York Times. “Virtually all the leaders in the industry retrenched and began to focus on a scheme of locks and braces on music. Steve Jobs recognized that people on the Internet were not thieves. They were fans — rabid fans.”

As of February 2010, iTunes has sold more than 10 billion songs. The industry has shifted from an albums-only based approach to a model that incorporates singles, too. The MacBook has enabled musicians of varying degrees of skills and resources to record music.

Yet, Jobs’ innovations are not universally lauded. The net effect to some has been creating a world where delivery of music — rather than the quality of music — is the main goal.

“Kids today have missed the whole experience of putting the headphones on, turning it up to 10, holding the jacket, closing their eyes and getting lost in an album,” said Jon Bon Jovi to the New York Times earlier this year.

Still, it’s an industry that mourns for Jobs.

“RIP Steve Jobs,” tweeted Blink-182. “Thanks for everything that you have done for the music business and the world.”