Kelly Clarkson beat the internet bloggers and hackers by releasing her latest track, What Doesn’t Kill You (Stronger) on Wednesday. Official track was not due for three weeks.

Superstar singer Kelly Clarkson released her latest single, What Doesn’t Kill You (Stronger) three weeks prior to its official release date of October 24. 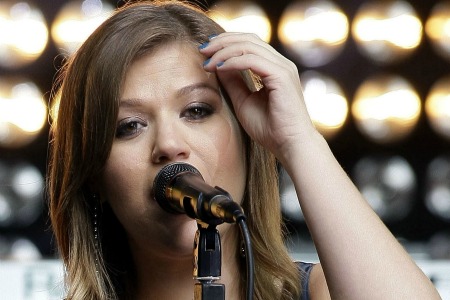 She stayed ahead of the leaks by premiering her latest track, which shares the title of her new album, Stronger, and added a note on her website directed at those who released the tune before it was ready to be distributed by her record company.

She wrote on her website, “Hey ya’ll, I heard that some versions of What Doesn’t Kill You (Stronger) started showing up online. My new album, Stronger, is out in three weeks (October 24) and I want you to hear the real thing. Check it out!”

This track is about having love for yourself and having pride in yourself. Apparently, former American Idol winner Clarkson wants girls to know that they don’t need a man to make them feel good about themselves, and she loves having a forum to prove that to women, young and old.

Is Kelly the top American Idol earner of all time? Read here to find out!>>

Clarkson will be promoting the album on the Today Show on October 25 and 27, as well as during appearances on The View and Late Night With Jimmy Fallon.

See Mr. Know it All video below.