With a recent rise to fame, actor Anthony Mackie is reaping the benefits of being everybody’s new best friend.

Since his punch to star power as Sgt. JT Sanborn in The Hurt Locker, actor Anthony Mackie has found himself in a whole new crop of films coming out this fall and next year. Most recently, he played an ex-boyfriend opposite Anna Faris in What’s Your Number?. Last spring, he played a secret agent in The Adjustment Bureau and coming out October 7, he’s playing an opinionated ringleader opposite Hugh Jackman in Real Steel. 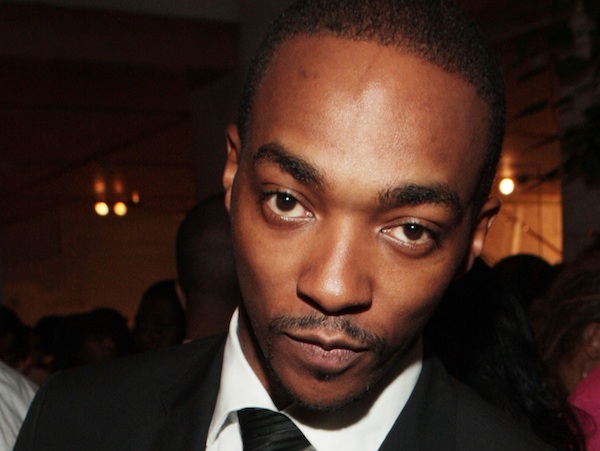 How does he explain this newfound success? He’s become the ubiquitous “black friend” to Hollywood, he jokes in an interview with SheKnows in Beverly Hills to promote Real Steel. And that’s not a bad thing. Everyone needs a brother, right? Abraham Lincoln does, Mackie jokes. And that’s where you’ll see him in 2012, as William H. Johnson, Lincoln’s best friend in Timur Bekmambetov’s adaptation of Abraham Lincoln: Vampire Hunter.

On a ledge, jumping into hollywood

You’ll also see him as Sam Worthington‘s sidekick in the upcoming thriller Man on a Ledge, as well as playing a leading role opposite Ryan Gosling and Sean Penn in Gangster Squad, a film about the L.A. mafia in the Tommy gun era. “I’m the black guy in Gangster Squad,” says Mackie. “It’s good to have a job.” He laughs, but explains that people – even folks in Hollywood — need a brother.

SheKnows sat down with Mackie to hear about working with Hugh Jackman, what he thinks about Eddie Murphy hosting the Oscars and being Hollywood’s new best friend.